Recent Cases In The News – Experience & Results Matter and SO should YOUR case!

Attorney Matt Fech recently won a Motion to Suppress of un-Mirandized statements of his client in an OWI Investigation.  As result, the State of Indiana dismissed the operating while intoxicated (OWI) charges because without the client’s statement, the State could not prove its case by proof beyond a reasonable doubt.  Needless to say, his client was extremely happy to have this matter resolve favorably for them and to have the matter dismissed and put behind them. You can read the order here!

You can read more @ THE TIMES

You can read more @  THE TIMES

Client Receives a Favorable Resolution to a Murder Charge!

Murder charges carries a possible penalty of 45-65 years. This was an agreed term of 15 years.  He’ll serve 7.5 years and he already served 688 days.

You can read more here. 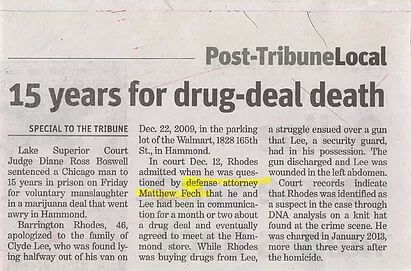 Attorney Matthew Fech obtained a favorable resolution for a client charged with a B Felony, Sexual Misconduct with a Minor which could have resulted in a prison sentence ranging from 6-20 years.  After a thorough investigation into the allegations, Attorney Fech discovered his client had a “reasonable belief” that the alleged victim was 16 years of age, the age of consent in the State of Indiana.  As a result, Attorney Fech obtained a favorable plea agreement to a D felony for his client which resulted in a a 3 year probationary sentence.  In addition, should the client successfully complete his probation, he can apply to have the D felony reduced to an “A” misdemeanor. 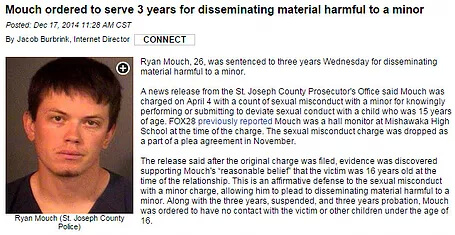 You can read more @ http://www.southbendtribune.com/news/local/ex-mishawaka-hall-monitor-admits-to-passing-inappropriate-material/article_eae21b34-d33a-54c7-b4c6-b3e83595ca7c.html 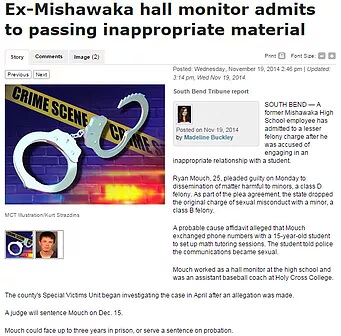 Gary, Indiana man charged with murder (45-65 years) pleads to B felony voluntary manslaughter with an agreed term of 6 years.

You can read the full article @ http://posttrib.suntimes.com/news/lake/30769990-418/mom-forgives-sons-killer-as-hes-sentenced-to-prison.html#.VFgU1_nF-Sp 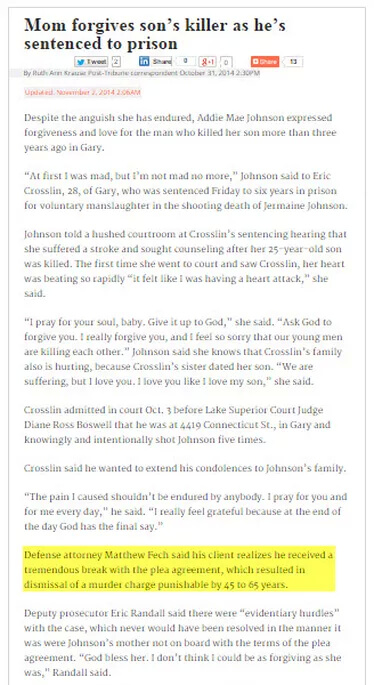 The Indiana Court of Appeals overturned Attorney Matthew Fech’s client’s convictions today for rape and criminal deviate conduct that resulted in a 60 year aggregate sentence.  The Court of Appeals found that due to the trial court’s decision to allow the State to introduce evidence of a prior, unrelated sexual assault that the Mr. Thompson was likely prejudiced and that his conviction should be reversed.  The case was remanded back to the trial court for further proceedings.  You can read the decision here – http://www.in.gov/judiciary/opinions/pdf/08291401jgb.pdf 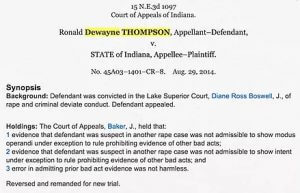 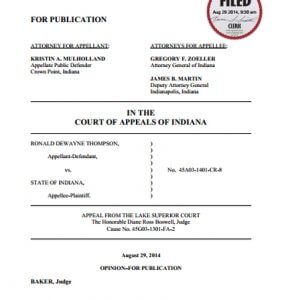 State of Indiana v. Jorrell Jackson – Mr. Jackson was charged with arson, as a class B Felony.  This meant Mr. Jackson was facing 6-20 years in prison.  The State also sought to enhance Mr.  Jackson’s sentence by filing a Habitual Offender specification, which could have resulted in Mr. Jackson receiving an additional 10 to 30 years on his sentence.  After a week long trial, a jury returned a verdict of not guilty in around 90 minutes.  Part of the evidence the State of Indiana used was an apology letter purportedly written by the Defendant while in jail and sent to the victims. 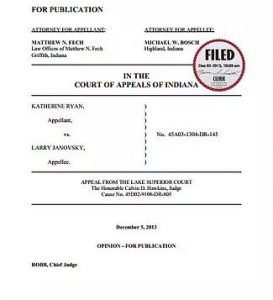 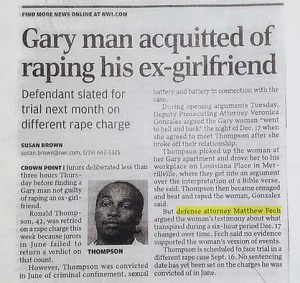